You Can't Assume the Cloud Has Your Back 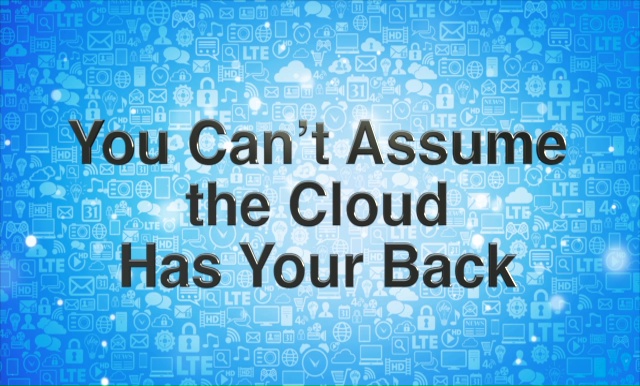 I received a question earlier this week that got me to thinking - too many people are making too many assumptions about the resilience of their data "in the cloud".

Continue Reading: You Can't Assume the Cloud Has Your Back
https://askleo.com/22850

What Does "There is a problem with this website's security certificate" Mean, and What Should I Do?

I have a laptop that consistently has a problem when it accesses a site online. Each and every time I get the same message from the site I am visiting. The message is strange and I have no knowledge of how to correct the implied problem.

The problem is most likely not yours to correct. More often than not, it's a problem with the website itself.

You still need to be careful, though.

Let's look at security certificates on https connections: what they mean and what you should do when faced with messages such as this.

Continue Reading: What Does "There is a problem with this website's security certificate" Mean, and What Should I Do?
https://askleo.com/16190


Why does my sister's email get hit with xxx-rated "chat ads"? Mine doesn't ever…would you have had to visit a site of that type or signed up etc. to be getting those kind of ads?

To the relief of those whose partners have asked (or accused) something along the same lines, the answer is an unequivocal no.


We're getting down to the wire on the free upgrade offer and, particularly given Microsoft's excessively aggressive marketing campaign, one of the most common questions is the most basic:

Continue Reading: Should I Upgrade to Windows 10?
https://askleo.com/19585

The cloud is nothing more than a reference to services and technologies provided online over the internet.

The term "cloud", besides being a marketing buzz-word, conceptualizes the internet itself as a cloud so as to avoid having to detail the reality of its massively complex interconnections. Even before the term "cloud" was popular in general use, network diagrams often used the image of a cloud to represent large networks.

Cloud computing is nothing more than using internet-connected computers to perform computational tasks.

Cloud storage is nothing more than data storage provided by online services.

Cloud services are nothing more than services provided by online service providers.

Naturally, all of the above can be intermixed.

"The cloud" is nothing really new: email has been essentially a cloud service since its inception. What has changed, however, is the ubiquity of internet connectivity, the increased speeds at which people are connected to the internet, and the fact that using online services is becoming more and more practical for more and more people than ever before.

What It Means to be "Platform Agnostic"

I started using computers back in the early 1970's, when all we had was a Teletype and a phone line to an HP mainframe computer half-way across the county. The first computer I got to actually touch was a TRS-80 Model I. And, like you, the first computer I bought was an Apple ][.

I've been using MS-DOS since "PC-DOS 1.0" on the IBM-PC. I've been using Unix-like systems since TRS-Xenix (Tandy's version of Xenix, which I believe was from Microsoft at the time). We also had one of the original Macintosh computers at work. I programmed on a "Mac-XL" at one point.

My own computer is a Windows 8.1 laptop, but I use (and program on) several SCO Unix flavors, several Linux flavors, as well as a couple of FreeBSD systems. Except for my local Windows box, almost all of the systems are actually VMs, running either locally, or on one of my company's servers.

Each platform has its strong points. Windows' weak point (for me, anyway) used to be it's very basic "command.com" command line interface. Microsoft has improved this over the years, and the current "cmd.exe" interface is almost up to par with what I need to do on Linux.

Leo, Your question brings to mind my high school days (late 60s) when we used to discuss motorcycles. Everyone had an unshakable opinion about the best and worst. In the midst of one of these discussions a guy said, "What are you arguing about? Whatever one you ride and get used to is the one you'll like best." That bit of wisdom was a real downer to a spirited conversation, but it's a great analog to the computer platform question.

My first computers, in the early 90s, were hand-me-downs from other folks' upgrades -- they were, first an IBM (a 5150 I think, with two 5 1/4" floppies to run it) and then Windows PCs, starting with 2.something. That's what I learned on, got used to, and then bought when I was ready to take the plunge, so I've been using Windows almost since the beginning. If my first computers had been Macs, I'd probably be a Mac user now.

By all accounts, Windows 10 is a good OS, generally well reviewed (at least by those whose changeover has been smooth... and voluntary), but Microsoft has lost my trust in the way the rollout has been conducted. I consider it serious enough that I'll keep my Win7 machine going as long as I can, but then decide between Linux and Mac. I suspect Mac will win out, mostly because of the similarities to Widows -- I don't want to start over from the beginning.

So, I'm neither a true believer nor a hater. I just want a machine that does what I want it to. I guess that qualifies me as agnostic.

Where Do You Get Your Answers?

The main reason I signed up for the Ask Leo news letter is because of your site coming up in search results to computing questions several years ago. The answers that you gave were easy to understand and informative so I signed up to see what else I could learn from you. You've provided me a lot of good info over the years and some of the articles that don't necessarily have to do with computing but a way of thinking about things are great. Keep on translating Leo your good at it.

"I don't know everything and that which I do know, I stand a good chance of having forgotten." - In some ways, I think I now know less than I ever did. I no longer make an effort to remember things I'd have tried - or had - to remember in the past. Instead, those things are now saved in bookmarks, address books, OneNote, etc. and can be searched for and accessed using whatever device I happen to have in my hand. Total recall!

For example, a few years ago I could have reeled off the phone numbers of my 50-or-so most frequent contacts. Today, the only number that I actually have committed to memory is my own.

Computers and the internet are certainly changing how our brains our wired.

Your mailing list is your most valuable asset. It's something you'll want to make sure is properly and regularly backed up.