What do spam filters look at?

Someone commented to me that his spam filter was pretty useless since the spam he was receiving kept coming from different email addresses. The implication was that this person believed that the "From:" address is the only thing that spam filters check.

These days, spam filters are incredibly complex and sophisticated pieces of software that check much more than you might think.

Continue Reading: What do spam filters look at?
https://askleo.com/18972

How do I edit a reply?

I've been told by a mailing list moderator that when I reply to a message sent to the list, I need to edit the reply to remove most of the original message. I don't see where or how to edit a reply. What am I supposed to do?

That's not an uncommon request. Even though you might not see it, most email programs include the original message in your reply. If you don't edit the reply( or have options set otherwise), your one-line response might actually be accompanied by the entire original message that everyone's already seen.

The problem, of course, is that often just exactly how to edit a reply isn't obvious at all. 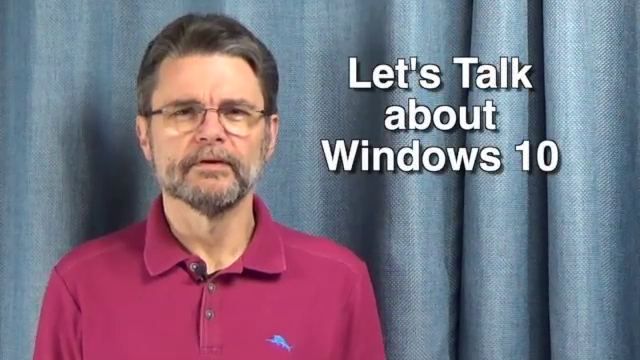 In the wake of recent news including the announcement of a release date for Windows 10 – July 29, 2015 – I've been getting this question a lot.

I've discussed it in a couple of places, but I'll make my canonical recommendations here, and update this article as things change.

Continue Reading: Should I Upgrade to Windows 10?
https://askleo.com/19585

There are two significant qualifications to spam:

Spam is tricky. Some email programs and services will automatically filter spam based on common key words, the number of people the message is being sent to, or the sender's reputation. Some also allow you to flag messages as spam.

Unfortunately, any email that people don't want runs the risk of being marked as spam. If an email newsletter that you signed up for that changes its focus into something you don't want, it might legitimately be considered spam.

Change for the Sake of Change?

One thing I frequently hear regarding change is that "everyone" hates the latest release of software x. If you don't like a change, and go to the forums to complain about it, it may indeed seem as though everyone hates the new change, because nearly all the threads and posts will say so. But you have to remember that the people who are posting are there for the same reason you are: to complain. Rarely do people who like or don't mind a change think "Oh, I like this so much I will go post about it!"

With major commercial software distributions, even if there are thousands of people who don't like something, there are millions who do, or who simply don't care because the change doesn't really affect them. So before you start ranting about how stupid company x is because they made a change "no one" likes, remember that you are probably in a tiny but vocal minority, and that the change was indeed made for a reason, whether it be functional or financial, even if you don't understand that reason.

First let me say "Thanks" for all the work that you do to help all of us out here. It's much appreciated and of benefit to untold numbers of folks. My only comment about "Change" is the fact that, yes, change is inevitable and many things, good and bad, come from it. The trick is to have lived long enough to completely understand the difference between "change" and "progress" and to know that one is not necessarily the other. This is really what is at the heart of the fact that we humans keep on making the same mistakes over and over and over again. History will prove this to be true every time. Again, thanks for everything. We sincerely appreciate it. ---- Lee

Indeed, all change is not progress. But all progress is the result of change.

How do I edit a reply?

Just after reading this article, I answered an email in Thunderbird and discovered a feature I never knew was there. I had selected a portion of the text of the email to copy and paste into a Google search. When I clicked on reply, the reply email only included the text I had selected.

This seems like a good shortcut to editing an email reply in Thunderbird.

True. This also works in Gmail's web interface. (I do it accidentally all the time :-) ).