Ask Leo! Tip of the Day

Short Version: if you want to start getting the Ask Leo! Tip of the Day at the current $2/month Ask Leo! patronage level, you'll want to do that before the end of the month (aka next week). If you're already getting it because of your patronage: Thank You! - nothing changes for you.

I'm having a lot of fun with The Ask Leo! Tip of the Day, and I think it's been very well received. Six (or occasionally seven) days a week, it's a simple tip about Windows, technology, the internet ... you know, the stuff I talk about all the time on Ask Leo!, just in daily, bite-sized doses.

I've already set up a few "themes". For example every Friday's tip relates to "The Basics": concepts and items you might not know, or that we can all use a refresher on. Saturday's go the other way, with a tip related to using the Windows Command Prompt. Soon I'll be dedicating a day to "Security" as well. And the rest? Useful tips to help you use your technology more easily and more confidently.

The Tip of the Day has been a reward for Patrons that choose to pledge at the $2/month level or higher.

I've heard that I'm seriously undervaluing what the Tip of the Day is really worth. I'm listening, and as of November 1, I'm changing it to be one of the $5/month rewards.

What this means to you:

To become a patron just visit Patreon.com and sign up. Your support helps me keep doing what I do: helping more people become more confident using their technology. 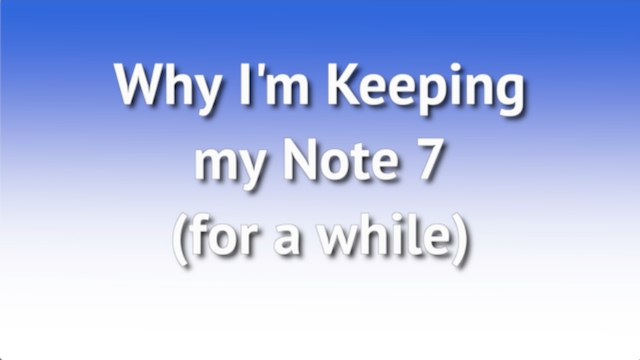 Galaxy Note 7 phone is banned from air travel, but I'm still keeping mine. Here's why...


Here's the scenario: you have an existing connection to the internet that is connected to a router of some sort, which in turn connects to your other computers via ethernet or built-in wireless access point.

You want to extend your wireless range by adding another wireless access point (WAP).

Sounds easy, and it can be. However, there are a couple of "gotcha's" along the way.

How to Manage Taskbar Space


Machines keep getting more and more powerful. As a result, we tend to have lots of things running at the same time. Combine that with Windows itself running lots of things on startup, and that taskbar at the bottom of your screen may be getting pretty crowded.

There's hope. The taskbar is a surprisingly flexible application. We'll look at some ways to manage taskbar space and get you a little more room, perhaps even making the taskbar a little more useful as we do so.


Here at Ask Leo!, I hear from people with lost, hacked and inaccessible accounts daily.

Nowhere does this seem to happen more frequently than with Hotmail and Outlook.com accounts (now known simply as Microsoft accounts).

Given the increased importance of Microsoft accounts for everything from email to cloud services, and even the ability to log in to your PC, losing access to that account can have dramatic and dire consequences.

Microsoft has instituted a fairly obscure security measure that can help you regain access to your account should you lose it: the recovery code. The only "catch" is that you have to set it up before you need it.

So let's set it up right now.

The malware run by zombies typically tries to run without being noticed, so that it can continue to do whatever it's been instructed to do for as long as possible before it is detected and removed.

Zombies are often run at the direction of some form of "master control" computer elsewhere on the internet with whom they communicate. Such a zombie is also referred to as a bot.

Large numbers of bots under the control of a single master control or "bot herder" are referred to as a botnet.

"Unless, of course, you were to be toasted in the fire the phone caused. Then you'd not need to worry about replacing it.

Depends on your definition of "viable".

I certainly could have viable alternatives to my car: bicycles, calling a cab or Uber, taking a bus, electing to have whatever delivered instead of going to get it, teleconference instead of in-person meetings, and so on.

Similarly, I may not consider the current crop of alternative phones viable for my situation and usage. Throw out a number, say, because the screen is too small, throw out all the Apple products because I want Android, throw out what's left because they're underpowered given my expanded usage.

I'm not saying all those things are TRUE, I'm just pointing out that one person's "viable" is another's "no way".

As we often talk about here, it really does just boil down to risk management, which in turn should boil down to be based on realistic risk assessment. This is how I assess my situation, and how I choose to manage the risk.

I got a call from Microsoft and allowed them access to my computer. What do I do now?

I got involved thinking it was Microsoft they told me that my computer had been hacked, like A dummy I let them in my computer. The person wanted me to immediately go to the bank and wired them money before they could work on my computer.I then realized that I was in trouble, I did not go to the bank, nor did I take there calls. I want you to know that they put 500 malware programs on my system, I had to take it and have it fixed. It cost me $2,000. They are still calling me and putting information on my computer that it will be crashing unless I call them. how can I get them out of my computer?

When malware becomes virtually uncontrollable, the nuclear option will always work: Back up your computer and install Windows and all of your programs from scratch.