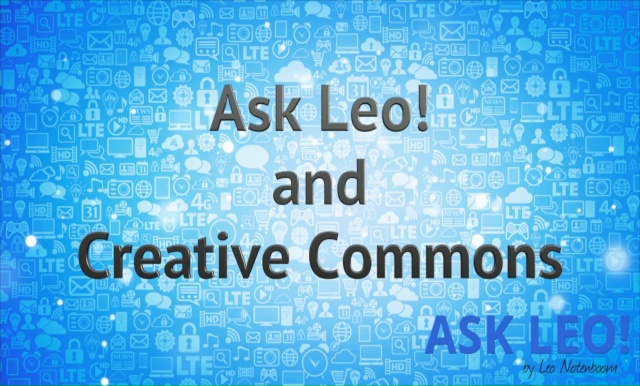 I'm placing all publicly accessible Ask Leo! content under a Creative Commons license - specifically BY-NC-ND. I'll discuss what that means, and when you are and are not allowed to republish Ask Leo! articles elsewhere.

Is an Outbound Firewall Needed?

Isn't an outbound firewall really important in many situations? I deliberately installed a free version of a key logger on my system and ran thorough scans through my anti-virus and anti-spyware programs. But the running key logger wasn't detected even though the key logger icon was right there in the system tray.

You have said that when an outbound firewall stops something it is already too late. But don't you think outbound firewall might stop a key logger from at least sending logs to an email or remote computer? Or would it not?

A firewall with outbound detection can be of use, but you've captured my thoughts already: if it detects something, in a way it's already too late: your machine is infected.

Let's review what outbound firewalls are, why I rarely recommend them, and perhaps why your key logger wasn't detected.

How do I Make Sure that Windows is Up-To-Date?

How do I make sure Windows is up-to-date? And … should I?

The last question is easy to answer: yes. Yes, you absolutely should keep Windows as up-to-date as possible.

The good news is that in most recent versions of Windows, you need do nothing. Windows will update itself regularly.

The not-so-good-news? In Windows 10, it'll do so whether you want it to, or not.

Let's look at how we got here, what "here" really looks like, what control you do or do not have, and what I believe you should do.

Continue Reading: How do I Make Sure that Windows is Up-To-Date?
https://askleo.com/21710

The concept is relatively simple: use two or more disks (an "array") to hold data to either improve resilience or performance or both.

There are several configurations, numbered 0 through 6. The most commonly encountered are:

0: Striping – Data is divided up across two (or more) drives without duplication. This is a speed-only enhancement, and actually increases risk as any single drive failure will cause the entire collection of data to be potentially lost.

1: Mirroring – Data is identically duplicated on multiple disks when it is written. Any single drive can fail and the remaining drive continues to hold the data. Write performance can be somewhat slower, but read can be faster as it is spread across the two drives.

5: Striping with parity – Data is distributed across two or more drives, as with RAID 0, to which an additional "parity" drive is added. The parity information is, in essence, a checksum on the data, and is generally rotated among all drives in the RAID array. The goal is that the loss of any single drive can be compensated for by using the parity information and the remaining drives' data to calculate the missing data. Speed is also generally improved as reads are spread across the entire array.

How do I Make Sure that Windows is Up-To-Date?

"Honestly, it's all about risk management, trading off the risk of a misbehaving update compared to the risk of having an unpatched vulnerability exploited by malware." - Agreed. The bottom line is that the changes Microsoft has made to WU will result in more PCs being more secure - and that's good news for everybody.

Why Do Websites Use Pop-ups?

I honestly fail to see the semantic difference in the two alternatives you present in 1). But of course Leo may think so, that is his good right. It is good to formulate sometimes controversial opinions. I claim everywhere that following the law is in many cases an immoral act, that law-abiding citizens are for a large part mostly immoral creatures. That's also probably a controversial statement (and I will admit, partly - but only partly - meant to be provocative and open a reflection on the immoral aspects of law and state).

I think that there are 3 classes of views on the issue:

1) (my viewpoint): something that is offered open of access is free, meaning, the user can do with it what he wants. Free as in free choice.

2) (I think, Leo's viewpoint): by accessing content, you engage in a kind of implicit contract which obliges you - at least morally - to view the site as meant by its owner, implying that you're supposed to look also at ads, generating revenue for the owner. If you take the good stuff, but refuse the bad stuff, you're sneaking out of a contract by not "paying your dues", which is akin to theft.

3) A pragmatic viewpoint: no matter ethical principles, ads pay for a lot of stuff on the internet, so please look at ads to keep the money flow and continue to get the stuff financed !

"Pragmatism wins." - Agreed, Nobody particularly likes ads - whether TV or web - but, at the moment, there's simply no viable alternative. Maybe that'll change at some point; maybe it will not.

A mailing list of customers, potential customers, followers, believers, or just plain interested folk turns out to be a key component to weathering the ever-changing landscape that is the web.

What it Means to Add Value

Adding value is an important cornerstone of my approach to online success. I'll review what I mean by that, and what you need to start doing now.

Read: What it Means to Add Value