Could My Car Get Hacked? 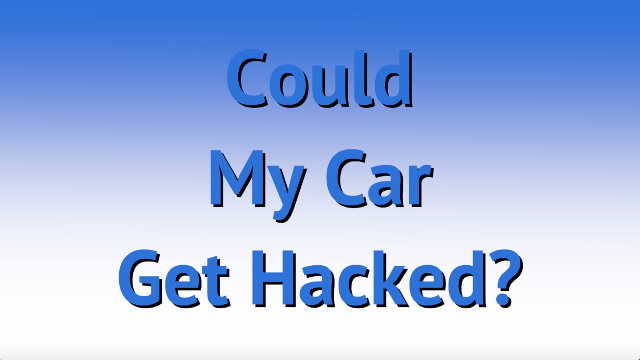 The technical answer is, "Yes." And this gets more interesting when we consider the "Internet of Things" - but is this something to worry about?

Continue Reading: Could My Car Get Hacked?
https://askleo.com/24025

How Do I Block Neighboring Wireless Networks?

A neighbor has kindly named his unprotected wireless network after my own. I'm not sure why but it must be intentional since my network name is rather contorted. I immediately changed my network's SSID and increased the security level to WPA. However, as the neighbor's network has a strong signal and is unprotected, my laptop insisted on logging on to it until I realized what was going on and deleted it from the preferred nets list. However, I would feel safer if I could simply block the said network altogether. Is that possible?

By the way, could this be what I think it is? The neighbor setting up an unprotected network with the same name as mine in the hope that my computer would connect to his net if mine happened to be down?

This is a very interesting scenario. On the surface, it certainly feels like your neighbor is up to something. Exactly what is difficult to say, but I think you're wise to be very cautious.

While I wouldn't call it "blocking" the neighbor's wireless network, here are the steps I would take.

Continue Reading: How Do I Block Neighboring Wireless Networks?
https://askleo.com/2914

Is it Safe to Share My Internet Connection with My Neighbor?

I have a next door neighbor who has a different internet provider than mine. When her service goes down, she asks me for the password to my router so that she can connect to the internet. I have no problem providing her with the password, but I wonder if anyone in her house can access my computer now through the router. I trust her but I am concerned that others might try to hack into my system. Should I be worried?

Worried? That might seem a bit strong, but some concern is certainly reasonable.

The short answer to your question is yes, it's quite possible that someone on her computer with less than honorable intent could cause you grief in several ways.

Let's look at how.

Continue Reading: Is it Safe to Share My Internet Connection with My Neighbor?
https://askleo.com/4920

The Apps I Installed on My New Phone


You may recall that I have a Samsung Galaxy Note 7 smartphone, from a video I posted not long ago about how I was keeping it for a while longer than recommended. Something about it possibly bursting into flames.

The responses to that video were … I'll just say polarized.

I was waiting for something better / good enough to come along, and I'm happy to say that as of roughly 24 hours ago, my needs appear to have been met. I'm now the proud owner of a Google Pixel XL (32GB version, in black, for those who care about such things).

Perhaps I'll talk about the phone itself someday, if there's enough interest, but I decided to share the list of apps I installed first, and perhaps a little bit about why.

Continue Reading: The Apps I Installed on My New Phone
https://askleo.com/23953

A patch is a software update that affects only the component (or potentially that portion of a component) that needs to be updated to resolve an issue.

Rather than updating a complete and potentially very large product for a small number of fixes, patching only updates the components affected, resulting in a much smaller download or installation.

Technically, only the second technique might be called patching, since it's applying a repair to an existing file without replacing it. The term is, however, typically extended to include patching an product installation by replacing individual files without reinstalling a new version of the application.

The Apps I Installed on My New Phone

Dropbox is one of my most used apps. I use the paid version, and the app gives me access to every file on my computer. And my Bank of America app let's me do things that I can't eve do on their website, for example, deposit checks. Living outside the US, that check deposit app is a money saver.

Ain't technology grand? Whether it's depositing a cheque from home, navigating your way around an unfamiliar city, finding somewhere good to eat nearby or being able to access all your files anytime, anywhere - life is so much easier with a phone in your hand!

Ain't it, though? I'm already kinda nuts when it comes to this stuff (and getting nuttier - I love living in the future!), but I was particularly enamored when I visited another country a while back (The Netherlands), and my phone was an incredibly convenient, and valuable tool for so many things. I won't say it was truly indispensable because if true - if I really couldn't travel without it - well, then I'd be traveling wrong. :-)

Excellent information Leo, and very simple to understand. The video will certainly help a lot of computer users to hold on to their cash and equipment. Thank you and your team for making the net safer for all. Over the years I have been exposed to these type of scams along with the infamous 419 scams. Gratefully I was already informed by someone like you, otherwise I may have fallen victim. I will share this and I have also shared other help with the people around me that you have given everyone who have the luck to meet you on the internet. You are the best.

Another great topic, Leo. Thanks for your great endeavor about helping others out there. Just last week, I had a call of that ilk from a scammer with a strong Indian accent (that was not the first time 'cause I had calls like that in the past). I don't know if those guys ever consider the time zone. It was very early in the morning and he woke me up. I was so mad that I started, once he had identified himself as being a representative from Microsoft calling to fix a problem with my computer, telling him some nasty, really nasty stuffs. He hung so fast that I didn't have time to finish my rant...

One thing that I still can't understand though , how come in this day and age, people are still falling for this type of scam? Except probably for senior citizens for whom I have the greatest respect, and I don't mean to be condescending, one who is regularly reading newsletters of any kind shouldn't be a prey for those scum bags. Incidentally, I really like the second part of your video with regard to pop-ups appearing suddenly while browsing to tell you that your PC is infected. The normal reflex of anyone would be to try to click the little "x" at the top right corner of that message box, which is definitely not the right thing to do. My point is that one has never finished to learn..

People are still falling for the Nigerian prince scam too. It's very easy to become complacent and assume everyone knows everything we do. Unfortunately, that's simply not the case.